The next few weeks I am hosting a group of guest bloggers. These very special ladies all offered to help fill in while I check off an item from my bucket list: a pilgrimage to Scotland and England.
Today my blogger friend, Johnnie Donley, joins us. I met Johnnie the first time at the Florida Christian Writers Conference. Now she is one of my best friends! We are part of an online writers group called the Kindred Heart Writers and help each other through sharing resources, encouragement, critiques, and prayers.
I love Johnnie’s deep love to teach the Scriptures. She is also a budding expert in WWII stories, which she incorporates into wonderful novels. Her first book, currently titled Where Treasure Hides, will be published by Tyndale Digital First as an ebook in January 2013.  Don’t forget to check out her web site too. 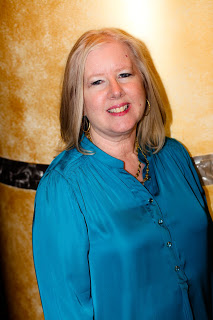 When Your Life Verse Doesn’t Say What You Thought Your Life Verse Said
For over a decade, I have claimed Colossians 3:1-3 as my life scripture. In the New International Version, it reads in part:
Set your hearts on things above . . .
Set your minds on things above . . .
I embrace the concept that both our emotions (hearts) and our thoughts (minds) are to focus on heavenly things.
I appreciate the parallelism created by the verb set, and the purposeful action counseled by that little three-letter word.
Except that’s not exactly what Paul wrote to the Colossae church all those centuries ago.
A few years ago, I studied this passage for a Bible study devotional using the online Blue Letter Bible.
This amazing resource includes an interlinear Hebrew and Greek concordance. Here’s what my favorite Colossian parallelism really says:
Seek those things which are above . . .
Set your affections on things above . . .
Paul didn’t use one little three-letter verb, but two very different verbs: Or did he?
Let’s look at the Blue Letter Bible’s entry for this passage.
Seek – the Greek verb is zeteo. One meaning of this verb is “to seek [in order to find out] by thinking, meditating, reasoning, to enquire into.”
Set your affections – yes, this entire phrase is the English translation of the Greek verb phroneo. One meaning of this verb is “to direct one’s mind to a thing, to seek, to strive for.”
I think it’s safe to say that Paul was a deliberate writer. He could have used the same Greek verb, either zeteo or phroneo, for both concepts.
But he didn’t.
I don’t know how many Greek words there are that could be translated into our English verb seek.
But I think Paul used these two to emphasize the importance of our search, the emotional and mental wholeness of our search, for “things above, where Christ is seated at the right hand of God . . . For you died, and your life is now hidden with Christ in God” (Colossians 3:1-3 NIV).
Now it’s your turn. Look up your life scripture at Blue Letter Bible. Does it say what you thought it said?
Bio: Johnnie Alexander Donley’s debut novel, currently titled Where Treasure Hides, will be published by Tyndale Digital First as an ebook in January 2013. Set in World War II Europe, the story features a Dutch-American artist, her father’s greatest masterpiece, and the Nazi officer obsessed with having them both.