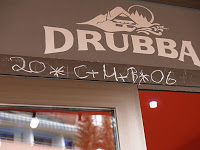 Epiphany is my word of the week.
Epiphany – even the sounds of this word roll off the tongue in smooth, grace-filled manner.
Epiphany.


January 6 is when the church celebrates Epiphany, also called Theophany in the Eastern Churches, recognizing the visit of the Wise Men to the Christ child.

The word “epiphany” also means to have a sudden understanding or insight. Reading about epiphany this year did open my eyes with a new understanding of this long time Christian observance.  It also brought back memories of my 2006 trip to Germany.

The Epiphany feast was introduced in the Western Church by the 4th century, but the connection between the feast and Christ’s baptism was gradually lost. The Western observance of the feast soon became associated with the visit of the Wise Men. In the West, the Feast of Jesus’ baptism is a separate holy day, and currently falls on the Sunday following Epiphany. In the East, the feast of the Nativity and the Epiphany gradually became two distinct feasts.

Various customs have developed around Epiphany. In the East, there is a solemn blessing of water.

In the West, in the Middle Ages, houses were blessed on Epiphany. The custom still exists in Europe today. The photo with this post is one I took in Germany showing a store that had been blessed for that year on Epiphany.

Holy water was sprinkled in each room with the whole family was involved. The father led the procession with a shovel of charcoal on which he burned incense and the oldest son had the bowl of holy water. The rest of the family followed along saying the rosary and/or singing hymns. While the father and oldest son were incensing and blessing the house, the youngest child carried a plate of chalk. The chalk had been blessed with a special blessing after morning Mass.

The father took the blessed chalk and wrote over every room that led outside: 20 + C + M + B + 08 which stands for “Anno Domini 2008 — Caspar, Melchior, Balthasar” and means “The three Holy Kings, Caspar, Melchior, Balthasar, in the year of Our Lord, 2008” or whatever the year may be. The letters C, M, and B are also thought to stand for Christus mansionem benedicat, meaning “Christ bless this home.” This tradition of blessing the doorways symbolizes the family’s commitment to welcome Christ into their homes on a daily basis through the year.

I am going to say a blessing in each of the rooms of my house this year on January 6. May the spirit of God move into every nook and cranny of my home and my heart.