On the third day a wedding took place at Cana in Galilee. Jesus’ mother was there, and Jesus and his disciples had also been invited to the wedding.
When the wine was gone, Jesus’ mother said to him, “They have no more wine.”
“Woman, why do you involve me?” Jesus replied. “My hour has not yet come.”
His mother said to the servants, “Do whatever he tells you.”
Nearby stood six stone water jars, the kind used by the Jews for ceremonial washing, each holding from twenty to thirty gallons.
Jesus said to the servants, “Fill the jars with water”; so they filled them to the brim.
Then he told them, “Now draw some out and take it to the master of the banquet.”
They did so, and the master of the banquet tasted the water that had been turned into wine. He did not realize where it had come from, though the servants who had drawn the water knew.
Then he called the bridegroom aside and said, “Everyone brings out the choice wine first and then the cheaper wine after the guests have had too much to drink; but you have saved the best till now.”
What Jesus did here in Cana of Galilee was the first of the signs through which he revealed his glory;
and his disciples believed in him.
John 2: 1-11 (NIV) 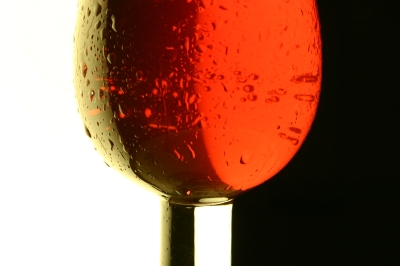 The water that had been turned into wine.
Lord whenever I read these verses they remind of what Max Lucado wrote that Jesus had been invited to the party. He wasn’t a celebrity yet. He hadn’t performed any miracles. He was welcomed to attend the wedding just because they liked him. “Jesus took time for a party, shouldn’t we?”
I think You genuinely like being around people. You love to celebrate and be with us. And You might just surprise us.
I love Your surprises, Lord.
In these verses you take ordinary, boring, only what is left water and miraculously transform jars and jars of H2O into delicious wine.
Not just the cheap stuff either. No, Lord, You make it Your best.
You gently turn to me and say,  “These verses are also for you. Bring me everything you have: no matter how mundane, commonplace, size or cleanliness. Ask Me and I will change it into extraordinary, beyond your wildest imagination possibilities.”
There is something so practical about this miracle, too Lord. The words invite me to bring my everyday worries, little hassles and stupid mistakes to You. You will transform them. Nothing is so small for You, too ordinary.
The story of this wedding miracle gives me hope and fills me with wonder.
Thank you for showing me you liked a good party, You want to be with me, and that You will take anything I throw, give or even reluctantly place into Your hands, and make it excellent.