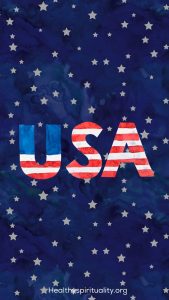 The Fourth of July has arrived. Where is the summer going so quickly?

In the U.S., we celebrate freedom as today was the day the country’s founders signed the Declaration of Independence. In essence, our country’s birthday. Or was this the actual day? I’ll answer that question later.

Reflecting on both our personal, our family’s, and our country’s history helps us understand ourselves better and how we fit into God’s grand plan. Whenever I study a person of faith’s story or read about a past faith movement, I take the time to also explore their world view. What else was happening around them that shaped their thoughts and beliefs?

What is happening right now in our world that influences us too? Does terrorism make us more cautious? More fearful? Does the political atmosphere drive us into action or press us into the shadows of doubt? How does the current culture affect our faith and the practices we use to express our relationship with God?

How would you describe your current world view? If someone would read your story 100 years from now, what in history would stand out to them as an event that influenced our choices? Something to ponder, isn’t it?

As we pause today and celebrate the Fourth of July, I journaled some of these thoughts. But this is also a day to celebrate, rejoice and relax.

How about some fun facts about the Fourth of July?

Seven Fun Facts about the Fourth of July

“My God! How little do my countrymen know what precious blessings they are in possession of, and which no other people on earth enjoy!”

One of my favorite quotes:

You have to love a nation that celebrates its independence every July 4, not with a parade of guns, tanks, and soldiers who file by the White House in a show of strength and muscle, but with family picnics where kids throw Frisbees, the potato salad gets iffy, and the flies die from happiness. You may think you have overeaten, but it is patriotism.

No matter where we live, let’s pause and be grateful for the freedom we have and those from history preceding us, who wrote, imagined, and worked hard to create a better world.

One more event to celebrate:  My latest book, Fuel your Faith, is now available on Amazon, both as an e-book and a print bool. Happy Dance!

What is happening right now in our world that influences your world view?

How do/did you celebrate freedom this summer?