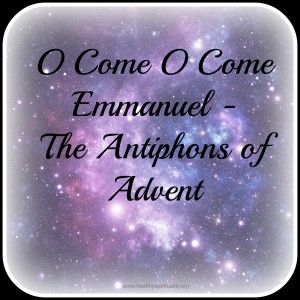 "It's time for the O's!" "I love the O's. They really get me ready for Christmas." "Oh, what are you two talking about?" I asked my friends. Not only did I hear the answer, but I learned a new Advent tradition. The O's they were referring to are the Antiphons or sometimes spelled O'Antiphones. These are seven prayers chanted in the evening the seven days before Christmas. Actually the Antiphons ritual begins December 17 until December 23. Their strange name, Antiphons, originates from the Greek language meaning responsive singing. What is special about these sentences is that each one is a title for the coming Messiah.  They are, O Sapientia (O Wisdom), O Adonai (O Lord), O Radix Jesse (O Root of Jesse), O Clavis David (O Key of David), O Oriens (O Rising Sun), O Rex Gentium (O King of the Nations), and O Emmanuel. Each one refers to the prophecy of Isaiah of the coming of the Messiah. The Seven Antiphons December 17  "O Wisdom, proceeding from the mouth of the Most … END_OF_DOCUMENT_TOKEN_TO_BE_REPLACED