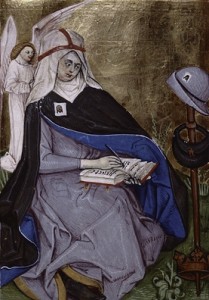 A few years back a friend causally said to me, “Look back to when you were six or seven or eight, what did you want to be? That is your calling.”

I read a new version of this question this weekend – “What did you love doing as a child?” (This question came from a book I am reading that I plan on sharing on this coming Thursday blog. Be sure to come back!)

Both questions could be helpful when discerning the next chapter on one’s life. Even if you wanted to be a fireman – maybe you are passionate about helping others. Or what if you wanted to be a rock star – maybe you are gifted at reading the Scriptures at church. These early dreams, passions, interests often appear clearer when we where younger and before we were told what we wanted or the world distracted us.

Me? At eight I wanted to be a writer. A journalist. I even published a tiny newspaper for my neighborhood complete with the funnies. At 16 I felt a distinct (and right) calling to nursing and God blessed me with both. I am a nurse as I was through much of my adulthood and now, later in life, a writer.

I thought about this – how childhood often holds the seeds that bloom later in life – when I read about Birgitta of Sweden. Have you ever heard of her? I noticed her name in our church bulletin and wondered who she was. In the listing of the upcoming week’s bible readings, we name Christians from history being recognized by the church. Tomorrow, June 23, is the commemoration of Birgitta of Sweden.

Birgitta was born in 1303 and is considered the patron saint of Sweden. She is also known at St Brigit. In 1999, Pope John Paul II honored her once again when she was named co-patron saint of all of Europe along with St. Catherine of Siena and St. Teresa Benedicta of the Cross, who was known as Edith Stein in life.

As a child, she had visions of Christ that served as a foundation of her faith. She wanted to enter a convent but when she was thirteen she was married off to a man of the royal court, Ulf Gudmarsson.

He too shared many of her beliefs and they were happily married for 28 years. Together they had 8 children but a much different path that she dreamed about as a child. She was known for her works of charity particularly towards unwed mothers and their children.

During their marriage Birgitta and Ulf traveled together as pilgrims to many holy sites. Unfortunately, he died in 1344. Following his death, Birgitta joined the Franciscan Third Order, and while remaining in the world she devoted herself to a more ascetic life. She began to have more visions.

Bridget gave away all her possessions. She founded a double monastery for men and women who lived apart, but worshipped together. The religious order was known as the Order of the Most Holy Saviour, or the Brigittines.

Full circle. Her childhood dream, her God-planted deep desire, blossomed much later in life. Her life didn’t go as she at first wanted – being married at such a young age – but isn’t it amazing how God used that marriage to continue her spiritual journey!

Stories like this give me hope. I fully believe God leaves his fingerprints all over us. Part of the adventure in life is finding those beauty marks and often rediscovering his grand plan for us. We may take detours – of our poor choices or maybe part of the divine design – but if we continue to seek God, he will guide us right back into his arms. He delights in giving us the desires of our heart. He uses all of our lives – even the brokenness.

Just imagine how the world would be if all of us discovered our natural gifts and used them to his glory. Wow, what a difference that could make.

Looking back, what did you want to be as a child? How does that help your discernment?